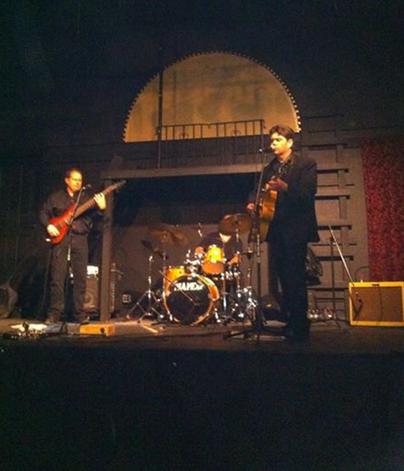 "The American poet, essayist, journalist, and humanist, Walt Whitman once said: "Simplicity is the glory of expression," a statement that rings true throughout singer songwriter Shaun England's heartfelt material and honest, intimate approach. As an individual profoundly influenced by Emily Dickinson, Bob Dylan, Tom Waits, John Lennon, Neil Young, and Kurt Vonnegut - it is no surprise to see the magical, true-to-life realism explored by Charles Bukowski shining effortlessly throughout England's songs. Much like the renowned beatnik writer, England too wears his heart on his sleeve but does so in a way that stylistically resembles the alternative and even gothic country realm of Johnny Cash and Leonard Cohen. Through the warmth of an acoustic guitar and moving harmonica supplied by New England jazz musician Mike Turk, "Down the Line" and "Lay Me Down" are throwbacks to a musical era of long ago."

"I enjoy Shaun for his melancholy music and haunting arrangements. With his straightforward vocals in the grand

tradition of Johnny Cash and Waylon Jennings, his blue collar roots resonate in his vocal tone. It informs us that life was never easy for him. I feel richer to know that a musical soul like his is willing to share his big talent generously with all of us. We are made stronger, and life is easier with his music."

"All of Shaun England's press mention Leonard Cohen. It's odd there is no mention of Lou Reed, with whom Shaun shares distinct vocal similarities. These tracks highlight an introspective songwriting style. One would expect to hear the tunes drifting from a front porch somewhere in the deep south. The dusty road and heat of the summer live within the guitar strums and harmonica vibrato."